Cycling at the water’s edge

Sunny days are the perfect chance for you to get out on your bike with family or friends. Get some fresh air, take in the gorgeous scenery, unwind, take photos and make memories!

Everyone’s delighted to join me for an exciting weekend. Plus, to keep the kids entertained and allow them to see (a bit) of the country, nothing is better than a nice, easy, flat bike ride. After looking at a number of itineraries, I’ve suggested a loop starting in Le Thor which will lead us along the Sorgue right up to the ‘Venise comtadine’ (L’Isle-sur-la-Sorgue). Bingo!

Find out more about cycling itineraries in Vaucluse

Despite its rocky limestone terrain, live oaks and olive groves grow on this hill which is dominated by the remains of a monastery.

Natural and underground, this is the only cave in Provence open to tourists.

The banks of the Sorgue

We park at the marketplace because the starting point is just opposite it, level with the Post Office. If you want to hire bikes here, it’s certainly possible at the rental company La Pédalerie (4 minute drive away) – their feedback is very positive! After a final check of the tyres (+ flasks, helmets etc.) we’re off, following the little green arrows which are nice and easy to spot. From now on, we’ll be cycling on a combination of small roads and pathways. Also note that you will come across some B-roads during the bike ride.

Worth going out of your way to see

Pierre Salinger, American writer and journalist who was JF Kennedy’s press secretary, spent the rest of his life in Le Thor. His former home is now a Museum run by his wife Poppy.

“Don’t expect to be cycling beside the river the whole time. You’ll come across it, just for a moment, and cycle alongside for small sections.
Whenever you approach it, the air gets fresher, the clarity of the water and its emerald colour alone have a refreshing effect” 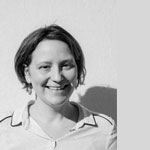 IN THE HEART OF THE PAYS DES SORGUES’ GARDEN

Peace and tranquility out in the countryside

Our bike ride leads us between orchards and market gardens. The children are having a fantastic time and enjoying cycling as fast as they can in this natural space. Irrigated by the rivers’ channels, the plains are full of life. We can hear the sounds of insects gently in our ears, and feel the wind as we cycle on. Walkers wave as they pass us on the pathway. Life is good 🙂

Here, protected from the wind by a number of hedges, fruits and vegetables benefit from maximum sunshine. Long live our Provence markets!

Le chemin de la Petite Guillaine reveals to us in turn spectacular views of Mont Ventoux as well as the Vaucluse Mountains. We can distinguish the holes in the tortured limestone rock surrounded by Mediterranean vegetation even in the depths of the valley. We can’t help but stop the children for a moment so they can look at this beautiful sight with its interlacing minerals and greenery – the blossoming cherry trees and their fragrant scent turns heads!
Ah, a pedestrian footbridge! We get off our bikes to walk over this bridge and then cross the railway track a bit further on. L’Isle-sur-la-Sorgue is getting closer…

On a fine day, you’ll be able to see Provence, from the Alpilles to the Cévennes Mountains, during your bike ride.

With its canals, the town lends itself well to getting around by bike – so much more practical

There are so many things to see in this old fishing town: narrow streets and their colourful boutiques, antique dealers, the docks with their mossy waterwheels and flower boxes… We take advantage of the shady banks to get to the ‘partage des eaux’ (where the river forks into two branches) 🙂 where we tuck into our well-deserved picnic lunch. For dessert, a delicious ice cream from the riverside cafe will certainly appeal to everyone 🙂

Find out more about cycling itineraries in Vaucluse

Our web-footed friends are numerous in this little piece of paradise. Ducks bob up and down on the water on a mission to find a piece of bread. Don’t forget them! 😉 The Partage des Eaux is a beautiful place, perfect for cooling off during the summer.

The remains of an industrial era

Waterwheels on the Sorgue

Thanks to its motive force, the Sorgue powered a number of occupations including spinning. 15 waterwheels bear witness to this era.

The antiques and second-hand goods even have their own permanent village! Find them all year round in L’Isle-sur-la-Sorgue where antiques shops come one after the other. A fan of bargain-hunting? Come and get those deals!

Jousting, races, a floating market, used in the fishing of days gone by… These ‘Négo Chin’ flat-bottomed small boats were used by former fishermen on the Sorgue, but much to our delight they are still in use today